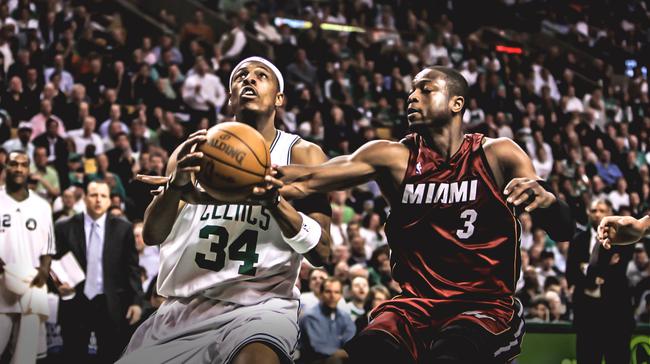 The host and former Raptors player Jaylen Rose commented: "Wade was selected to the NBA once or twice in his career, you didn't have one; he was selected to the All-NBA Team eight times, and you four times; he entered the All-Defensive Team of the Year. Three times, you have zero times; he won the scoring champion once, but you didn't; he has three championship rings, and you only have one. How can it compare."

What's interesting is that Pierce's expression gradually solidified after listening, and he couldn't fight back again.